A note from the editor 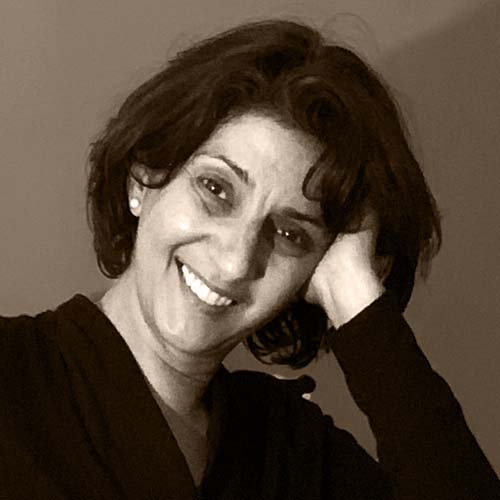 Creativity is a key that opens many doors. It can influence change in a wide range of spheres, spiritual, cultural and political. It is a source of hope, a quest for meaning, an attempt to access the enigma of the self and even the mystery of being.

My aim for this anthology was to move away from the conventional to a deeper and more honest cultivation of stories about menstruation. I asked myself: How could the different perspectives be best presented? Who would be the writers and artists to capture the diversity of representations? I found the answer lay in complete creative liberty. There would be no brief on genre or format, only an invitation to share their individual stories in their own way.

As the book began to take form, a common theme became apparent. At the core of every narrative about menstruation was a call for a greater freedom. This meant the choice to speak openly or remain silent; to stay in a room or leave; to be admitted to a place of worship and family events. It meant choice relating to education, marriage and what to eat. And symbolic of all basic human needs, the right to a choice of menstrual products instead of a soiled rag.

For some, writing about menstruation is to trigger a private memory of the earliest onset, which was to influence their future identity and relationships. There is a human impulse to guard and keep private what is intimate to one’s body, and it has been my good fortune and sometimes a source of pain, to be the first to read the personal accounts of these contributors. I am privileged to have been allowed glimpses into their pasts, and also their artistic process as they strove to write, paint, dance and tell their stories. For those writers and artists who do not have personal experience, it requires imagination and empathy to tell a story from a different standpoint, which is so essential to the comprehensive nature of this collection.

Some of the contributors had been an influence in my life prior to the conception of the book. Others entered the scene further along its progress. Many were working under constraints of culture, financial and health anxieties, bereavement and domestic pressure. And there were other challenges to overcome such as living in remote locations with power outages and no internet.

My thanks to all the contributors for agreeing to be part of this book which is the result of their creative collaboration. From small beginnings, my search for them gradually reaped rewards as one avenue led to another. I am grateful to them all for their commitment and generosity.

I am equally indebted to the many people I encountered on my travels — including street sellers, cleaners, sex workers, the homeless — who will probably never read this book, but were willing to entrust me with their personal experiences.